Jet Pilot training including a flight in the L-39 Albatros

The L-39 jet that we offer in Eifel, Germany, is the first L-39 Albatros with a new immatriculation under EASA law. The location is in West Germany and takes place from a former military airbase. To start, you’ll make a short walkabout around the place including the L-39 jet along with your instructor. In the crew room you’ll be given a pilot suit. This suit perfectly fits to L-39 jet pilots and will be yours for the duration of the training. Please bring along your own (leather- or hiking-) boots. Next is a first acquaintance of the aircraft. Shortly after, the training lesson begins including the following aspects: 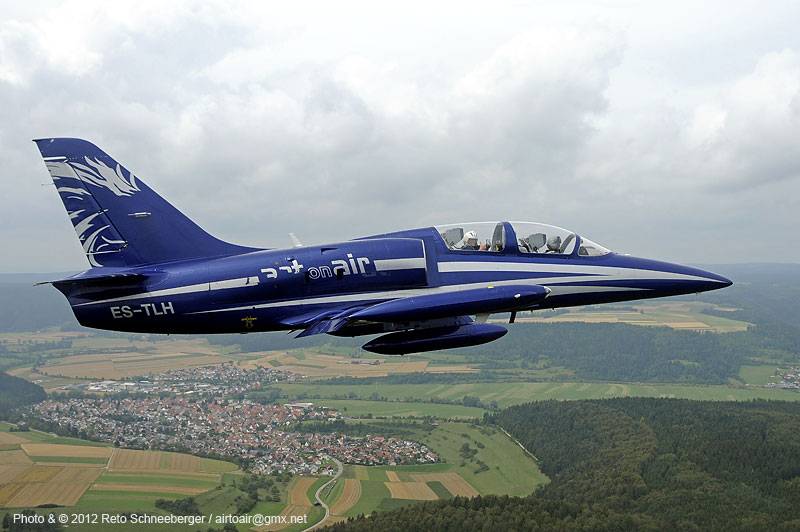 You’ll be given your personal emergency eqipment, the helmet and the oxygen mask. Outside the hangar you’ll already see “your” jet, on which you’ll be able to put into action what you’ve just learned during the instruction. After last checks on the L-39 Albatros aircraft, you’ll be cleared to enter the cockpit. Now the seatbelts are going to be fastened. As soon as the clearance to start engines comes in, the engines start to rotate and you’ll roll to the starting position on your designated runway.

Now the time has come: Brakes on, Cleared for take-off, 105% thrust, temperature checked, oil pressure checked, brakes off – and off you go! The thrust accelerates you and your L-39 jet within shortest time to the rotation speed of about 120 knots. Take-off, taking the gear in and after a 90° turn, you’ll fly with max speed into the training air space nearby.

There, you’re in charge of the program: simple figures such as rolls or steep turns, or advanced aerobatics like loops, stall turn, barrel roll – only your well-being defines the limits! Afterwards you’ll head back to the airfield and after, if possible, a thrilling low-pass, the landing will proceed. After you reach the parking position, the engines will be shut down and the jet will be checked one last time.

In the final de-briefing, you’ll discuss the flown manoeuvres together with the pilot. Here you’ll also get the certificate which affirms your personal, successful participation on the jet pilot training.

Welcome to the small circle of those who already did so!

What does it cost to take part in the L-39 jet pilot training?

Please use the contact form below to get in contact with us. We’ll get back to you with information about availability and pricing ASAP.

Please fill out this form and we will get in touch with you shortly.

"Thank you for making my dream of breaking the sound barrier come true!" - Ernst, Farmer from Switzerland who flew the MiG-23 in Russia.